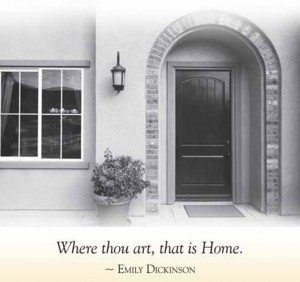 Golden Age Living’s solutions are based on proven methodologies and recommendations. This practical approach to transitioning reflects the unique mix of training and backgrounds our consultants bring to every client. As a result, our recommendations and solutions balance the clients’ needs with their physical and emotional environment. We also bring peace of mind to family members with our compassionate professional services. 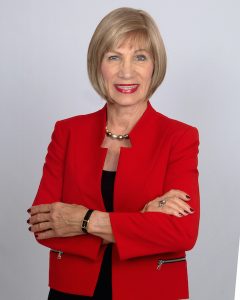 Wanda E. Gozdz, Certified Aging in Place Specialist, CAPS, ASID Allied (License Numbers: IDCEC-1200001540 / CILB#0005946) is President and Founder of Golden Age Living, LLC. After 30 years as a business owner in the information technology field specializing in organization, she recognized the opportunity to apply her skills to another field when she downsized from a house and moved into a condominium. As a baby boomer herself, she realized that there would be millions of other retirees following the same steps who would benefit from her organizational and professional skills. Ms. Gozdz is a Residential Interior Designer, Instructor for the National 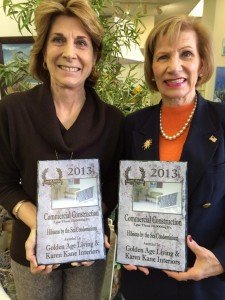 Karen Kane of Karen Kane Interiors and Wanda Gozdz of Golden Age Living, LLC received the 2013 Laurel Award, presented by the Treasure Coast Builder’s Association for their lobby project at “Hibiscus by the Sea”, for residential construction less than 10,000 sq. ft.

She received the Small Business Woman of the Year Award in 1999 from at the Republican Women Leaders Forum and has been politically involved in Women Impacting Public Policy, a national and statewide organization that follows legislation affecting women business owners. Gozdz volunteers at Habitat for Humanity with “Women Build”- women building housing for the underprivileged.

Gozdz was nominated by Women in E-Commerce and received the “Golden Mouse Award 2013” for digital devices in 2013. Golden Age Living and Karen Kane Interiors were awardees of the 2013 Laurel Award, presented by the Treasure Coast Builder’s Association for their project “Hibiscus by the Sea”, for residential construction less than 10,000 sq. ft. 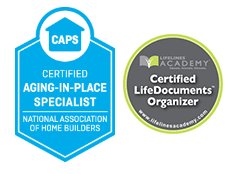 The curriculum for the designation, Certified Aging in Place Specialist (CAPS), includes a wealth of information for interior decorators and designers who want to integrate this aspect of the profession into their practices. The three, day-long courses, deal with the design and building of solution to problems of accessibility and safety in the home, with understanding the market for these applications, and with succeeding in this new business venture. The materials provided are clear and serve as referece works for designers as they continue in this growing part of interior practice.

Wanda Gozdz is the perfect teacher to introduce this area of study. She presents complex ideas and an almost overwhelming amount of factual information in an ordered summary that facilitate understanding and encourages discussion in the classroom and further study outside it. Her boundless enthusiasm and energy are contagious.